(August 9, 2012) A new book on human security and China features a chapter by Patricia Adams and Dai Qing of Probe International that asks, ‘at what cost China’s rise?’. Dai Qing argues, at great cost. 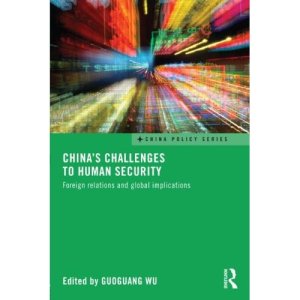 Human security is a people-centered concept that moves the focus of security from the state to the individual. At its most fundamental level, human security denotes freedom from fear and freedom from want, and relates individual security to traditional state security—one cannot be achieved without the other and vice-versa. Although definitions of human security vary, most formulations emphasize the welfare of ordinary people against threats to economic, environmental, personal and political well-being, and that of the larger community.

Featuring an introduction by Helen Lansdowne, the Associate Director of the University of Victoria’s Centre for Asia-Pacific Initiatives, “The Exploding Balloon” affords an understanding of China’s past and present in relation to human security and the environment. Using the example of China’s massive public vanity project, the Three Gorges dam, the authors examine the intersection of the Chinese state, the country’s path to “development” and the environmental repercussions. Drawing on keynote speeches by Dai, “The Exploding Balloon” also considers China’s rise as a world power and the implications of its new might for the global community, as well as the citizens of China. It asks ‘at what cost China’s rise?’, which Dai argues comes at great cost indeed. Exposing the price of this rise will help Chinese citizens, she says, to achieve the basic rights to free speech, assembly and public oversight of government.

China’s Challenges to Human Security: Foreign Relations and Global Implications is edited by Guoguang Wu—professor of Political Science, Professor of History, and Chair in China and Asia-Pacific Relations at the University of Victoria, Canada. For more information or to purchase this book, see here.