Since the impoundment of the Three Gorges reservoir began in 2003, tens of thousands of earthquakes have been recorded in the reservoir area. Chinese geologist and environmentalist, Fan Xiao, looks at the common characteristics and patterns of these quakes and the need for a disaster prevention plan.

Fan Xiao, a Chinese geologist and environmentalist, is the retired Chief Engineer of the Regional Geological Survey Team of the Sichuan Geology and Mineral Bureau and a member of the Sichuan Seismological Society.

Since filling began in the Three Gorges dam reservoir in June 2003, seismic activity has significantly risen in the reservoir area. Not only has the frequency of seismic activity gradually increased, but clusters of microseisms, small quakes and even moderate earthquakes have been registered, as follows:

On December 9, 2003, there was a microseismic swarm of Mazongshan area in Badong County, Hubei Province. The strongest quake was recorded in Peishi Township, with a magnitude of 2.5.1 About five months thereafter, more than 600 quakes were recorded in the same region.​

From May 24 to 25, 2004, a 3.0M quake occurred in Yesanguan area, followed by a 2.6M quake in Liujiashan area, in Badong County of Hubei Province. The seismic intensity2 reached V on the Modified Mercalli Intensity Scale in the area surrounding the epicenter where the tremble was obviously felt, the ground vibrated up and down, a dull humming sound was heard, hanging objects swayed, ink bottles fell from the table, some adobe houses cracked, and rocks weighing one- or two-hundred kilograms rolled down slopes, smashing trees 10cm in diameter on their way.

On September 22, 2005, a 3.5M earthquake occurred in Dongrangkou, Badong County, Hubei Province. More than 130 quakes were recorded during the next half-month.

The author, visiting the Jiguanshi Monitoring Station of the Digital Telemetry Seismic Network in the dam site area, in February 2006, by Yang Tiejun.

From October to November 2008, during the period of the trial impoundment of filling the reservoir to 175-metres, several micro-earthquakes occurred in Fengjie County, Chongqing Municipality. The largest earthquake was measured as 2.9M in Yongle Town with a focal depth of 5.1 kilometres. In the meizoseismal area, the seismic intensity reached IV. The tremor was obvious: dull ground noises could be heard while both the ground and houses sank and shook, and roof plastering fell off some houses.

On November 22, 2008, a 4.6M earthquake occurred in Hujiaping, Quyuan Town, Zigui County, Hubei Province, near the northern section of the Xiannushan Fault, with a focal depth of about 8 kilometres. The tremble was clearly felt across a broad area of about 400 square kilometres, from Guandukou Town in Badong County in the west to Yiling District in downtown Yichang in the east, from Yanglin Town in Zigui County in the south to Xingshan County in the north.

The Jiguanshi Monitoring Station of the Digital Telemetry Seismic Network in the dam site area, February 2006; by Fan Xiao.

On July 3 and July 7, 2009, 2.3M and 2.5M earthquakes occurred in Xietan Town, Zigui County in Hubei Province, respectively. The swarm included more than 100 microseisms. The average focal depth was about 4 kilometres.

From October 30 to October 31, 2012, a 3.8M earthquake occurred in Quyuan Town, Zigui County, Hubei Province. This occurred during the fifth trial filling of the Three Gorges reservoir to 175 metres. The single-day earthquakes totalled 152. Among them, there were 9 earthquakes ranging from 2.8M to 3.8M, with a focal depth ranging from 9 to 10 kilometres. The quake cluster was concentrated in the northern section of the Xiannushan Fault. 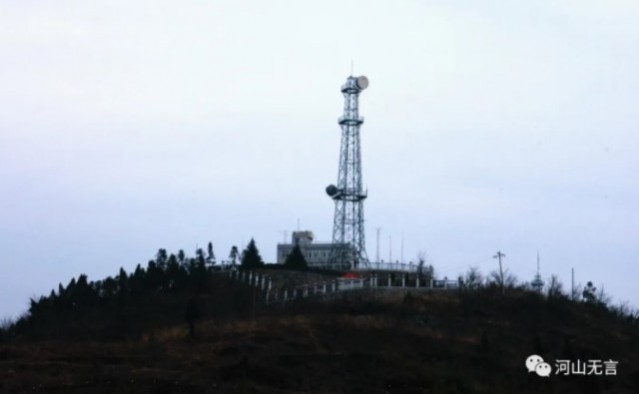 The Huangniuyan Relay Station of the Digital Telemetry Seismic Network in the dam site area, February 2006; by Fan Xiao.

On December 16, 2013, a 5.1M earthquake occurred in Badong County in Hubei Province, with a focal depth of 6.7 kilometres and a seismic intensity of Ⅶ in the meizoseismal area. This was the strongest earthquake induced by the impoundment of the reservoir since filling of the Three Gorges dam project began in 2003. The incident occurred during the period of the slow dropping of the water level following the filling of the reservoir to the 175-metre-high mark, which began in September 2013. From December 16, 2013, the date of the 5.1M earthquake, until January 12, 2014, a total of 376 aftershocks were recorded, including 2 quakes of 3.0M to 3.9M and 26 quakes with a magnitude ranging from 2.0 M to 2.9 M. The average depth of these earthquakes was 4.9 kilometres. The quake swarm occurred on the north-northeast branch fault beside the Gaoqiao Fault.

On March 27 and March 30, 2014, a type of double-shock, moderate earthquake occurred in Zigui County, Hubei Province. The first one was measured at 4.2M, followed by a 4.5M quake, with focal depths of 5 kilometres and 7.5 kilometres, respectively. The earthquake cluster was located at the intersection of the north-northwest Xiannushan Fault and north-east fault beside the Xiannushan Fault.​ 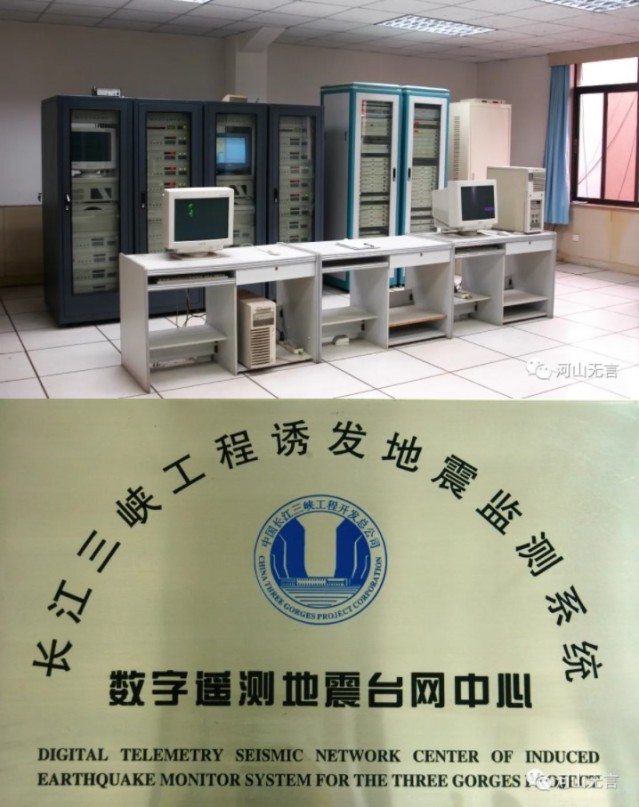 The Centre for the Digital Telemetry Seismic Network in the dam site area in February 2006; by Fan Xiao.

On June 16 and 18, 2017, a double-shock-type earthquake measuring 4.8M and 4.6M respectively, occurred on the border of Zigui and Badong counties, in Hubei Province. With the maximum focal depth ranging from 3 to 5 kilometres, the epicenter intensity reached Ⅶ. At that time, the Three Gorges reservoir’s water level was at a low of 145 metres. From June 18 until July 7, 2017, more than 150 aftershocks occurred, of which ten were recorded with a magnitude ranging from 2.0M to 2.9M, and one was recorded as high as 3.9M. As a result, more than 160 buildings collapsed or suffered cracked walls. The maximum peak ground motion acceleration in the epicenter area was about 0.165g, which far exceeded the local zonation standard of 0.05g and the fortification intensity level.3 (Chen Xinqiang et al., 2018) 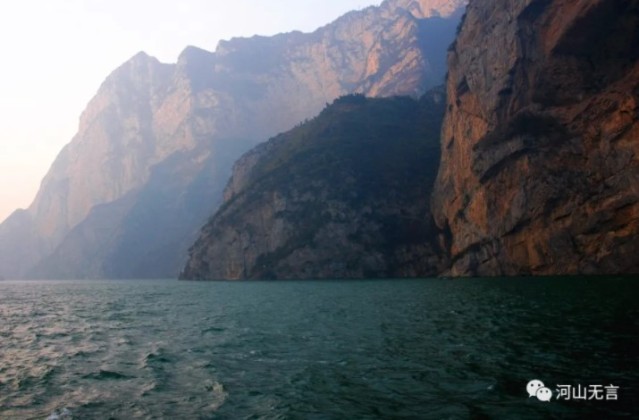 The Xiling Gorge in the Three Gorges and the reservoir water level at about 135 metres, February 2006; by Fan Xiao.

Among them, however, some experts believed that the Hujiaping 4.6M earthquake in November 2008 was a tectonic type under normal background.​ 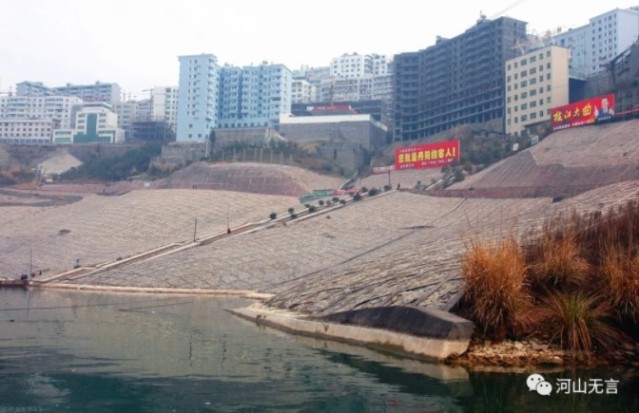 Since the impoundment of the Three Gorges reservoir began in 2003, tens of thousands of earthquakes have been recorded in the reservoir area. Among them, after the second phase of impoundment at a water level of up to 156 metres, the seismic activity was significantly stronger than the first phase of impoundment at a water level of up to 135 metres. Since the third trial of filling to 175 metres, which began in 2008, the intensity of seismic activity has exceeded that of the second phase; the peak intensity of seismic activity occurred in this period of time as well. During the first and second impoundment phases, the induced earthquakes mostly resulted from mine and karst cave collapses, while the third impoundment phase induced earthquakes that were more of a structural type of fault instability. The lag of the tectonic earthquake peak was also related to the infiltration of reservoir water along the fault zone, which gradually affected the stress state of the fault.​ 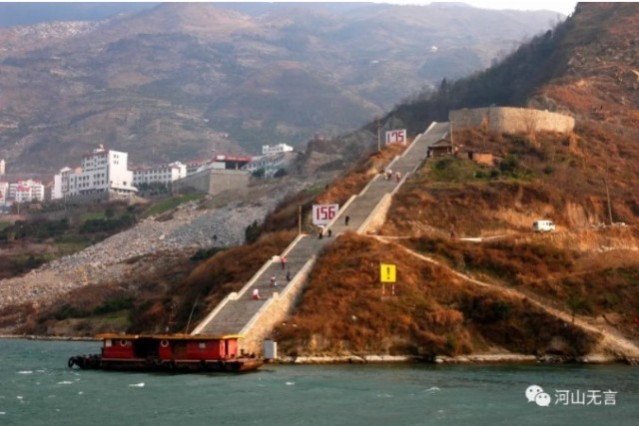 Guojiaba Town, in Zigui County of Hubei Province, the water level signs of 156M and 175M can be seen from the Yangtze River. Located at the north section of the Xiannushan Fault, Guojiaba is one of the areas with the most recorded earthquakes induced by the Three Gorges reservoir, February 2006; by Fan Xiao.

The reservoir-induced earthquakes in the Three Gorges reservoir area also have the following characteristics:

The occurrence of earthquakes is related to both high and low water levels, but they often occur in periods when the water level changes significantly.

Earthquakes are mainly distributed on both sides of the middle section of the Badong-Gaoqiao Fault, the northern section of the Xiannushan Fault, and the west side of the Jiuwanxi Fault. However, the earthquakes did not always occur on the main faults, but often occurred on the secondary or branch faults beside the main fault. The author speculates that there would be events of new fractures on the side of the old trunk fracture.​​

The magnitude of the earthquakes is small, but the intensity of the seismic activity in the meizoseismal area is large. Microseisms below magnitude 3 will cause surface cracks in the earth, corner collapses of houses, as well as other damage that only appears in a Ⅶ intensity zone. During these microseism events, clear and strong ground sounds are often heard near the epicenter, which indicates that the seismic source is usually shallow.

Although the magnitude of the earthquakes did not increase significantly after impoundment, the frequency of earthquakes increased significantly. From the average annual energy released by the earthquakes, it can be seen that the energy distribution is relatively scattered before the filling, while the energy is mainly concentrated in the Three Gorges reservoir area and has accelerated after the impoundment in recent years. (Guo Yi et al., 2012)​

Regarding the upper limit of a potential earthquake induced by the Three Gorges reservoir, Wang Rushu (2014) estimated that the maximum possible earthquake would be about 6M, based on the magnitude of the largest earthquake recorded in history, plus an appropriate weighted processing.5 He also believed that the maximum intensity would not be greater than Ⅵ in the dam site area, which would not pose a direct threat to the structures (the powerhouse, barrage, administrative building, shiplock, etc.) of the dam project which were designed and built with a seismic fortification intensity of Ⅶ.

The Huanglashi Landslide near Badong on the bank of the Yangtze River. Activities of the landslide intensified after the impoundment of the Three Gorges reservoir. To deal with the problem, the authorities have introduced slope stabilization engineering measures, February 2006; by Fan Xiao.

By the end of 2019, more than 16 years since the first impoundment of the Three Gorges dam reservoir, the maximum magnitude of an induced earthquake was recorded at 5.1M, which has not reached the estimated maximum limit. At least the current risk has not exceeded what has been expected.​​

Therefore, it is still necessary to pay close attention to the earthquakes induced by the Three Gorges reservoir and their impacts and prepare a disaster prevention and reduction plan in advance.​​6

Wang Rushu (2014), Discussion on the earthquake induced by the Three Gorges reservoir of the Yangtze River, Hydropower and New Energy, (8): 1-6.

You Shan, Meng Qingxiao, Jing Pengxu (2015), Simulation of bedrock ground motions in the Three Gorges reservoir area under the action of reservoir-induced earthquakes, Geodesy and Geodynamics, 35(1): 150-153.

1. Magnitude is based on measurement of the maximum motion recorded by a seismograph (sometimes for earthquake waves of a particular frequency), corrected for attenuation to a standardized distance. Several scales exist, but the most commonly used are (1) local magnitude (ML), commonly referred to as Richter magnitude, (2) surface-wave magnitude (Ms), (3) body-wave magnitude (Mb), and (4) moment magnitude (Mw).

In principle, all magnitude scales could be cross calibrated to yield the same value for any given earthquake, but this expectation has proven to be only approximately true, thus the need to specify the magnitude type as well as its value.

Source: United States Geological Survey (USGS), “Earthquake Glossary,”. The author uses (1) ML on the Richter in the article, including magnitude or M.

2. Seismicity is given an intensity value out of 12 as per the Modified Mercalli Intensity Scale and is designated by Roman numerals.

3. Ground motion is the movement of the earth’s surface from earthquakes or explosions. Ground motion is produced by waves that are generated by sudden slip on a fault or sudden pressure at the explosive source and travel through the earth and along its surface. Source: USGS, “Earthquake Glossary.

4. This occurs because the additional pressure (both static pressure and pore pressure) imposed by the impoundment of the reservoir would alter the faults’ stress condition and dynamic characteristics under normal background.

5. Several factors are considered in the weighting, including historical frequency and intensity of seismic activity, the scale and nature of faults, the nature of the rock, as well as porosity and permeability, especially in terms of RIS.

6. For example, constructing monitoring stations and a digital telemetry seismic network in the reservoir area, in general, and at the dam site, in particular, should be one of the measures.