“No government should regulate birth, period.” Probe International Fellow and correspondent, Dai Qing, discusses China’s population-control policies over the years in this opinion piece for The New York Times.

Probe International Fellow and correspondent, Dai Qing, in this opinion piece for The New York Times, discusses China’s population-control policies over the years and concludes that she and her friends, back in the 1970s, were more than capable then, as “most women around the world” are today: “of making decisions about our bodies and our families”. Controlling the population is not a solution to the country’s demographic imbalances, she writes. 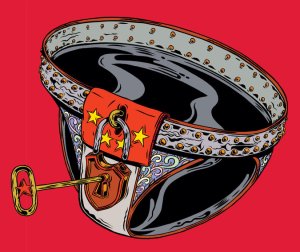 BEIJING — When a group of old girlfriends and I got together for a reunion a few years back, we realized that each of us had had only one child — even though in China in the 1970s, our child-bearing years, we could have had as many children as we pleased. The one-child policy did not become the law of the land until 1979.

The main factor for us was our work. We loved our jobs, we wanted to be successful, and we were willing to direct as much time and energy as possible toward achieving our professional goals.

After more than 30 years of the one-child policy, the law was relaxed in 2013. Under the new rules, married couples can have a second baby if just one parent is an only child. The policy also made exceptions for China’s officially recognized ethnic minorities and rural couples whose first child was a girl or is disabled.

Something had to be done. China’s population has stabilized at around 1.4 billion, but people over 60 now make up more than 13 percent of the population, and the percentage of people 14 years of age and under shrunk at least 6 percent between 2000 and 2010, reaching a new low of 16.4 percent in 2013. The rapid decline of China’s fertility rate — which has plunged to 1.6 births per woman, way below the replacement rate of 2.1 births — could stunt the country’s future economic growth. The declining working-age population will no longer be able to support the increasingly older Chinese population.

Moreover, in a society where boys are traditionally favored over girls, gender imbalance has become a real problem; female fetuses were sometimes aborted so that a couple could try again for a boy to fill their one-child quota. Based on 2013 statistics, 53 percent of the population under 30 is male. Experts predict that by 2030, another percentage point will be added. In other words, there will be more than 30 million “leftover” young men by then.

Despite these social and demographic pressures, the changes to the one-child policy have been met with indifference: With some degree of new-found freedom, most eligible Chinese couples are not choosing to have more children. Like my friends and I in the 1970s, the Chinese seem to be content with one child.

In Beijing, for example, only 6 percent of eligible couples took up the offer to procreate by the end of September 2014, according to Chinese media reports. Nationwide, there were just 470,000 more births last year than in 2013, according to the government, far below the one million births that had been predicted.

Apparently, many young urbanites no longer agree with the traditional view that “duo zi duo fu” or “the more children (sons) a couple have, the happier and more secure they are.” They see big families as a hindrance to their dreams of living an affluent middle class life.

In an informal survey of urban Internet users by Sina.com in 2013, nearly half of the respondents said that they were not planning to have a second baby, citing high costs of raising a child and the pressure of juggling work and family.

Some demographers predicted all along that relaxing the one-child policy would not result in a sudden baby boom. The Chinese, the argument goes, are like any other society: The wealthier we become, the fewer children we want to have.

Meanwhile, some people who would be happy to have more babies, and can afford to do so, are still being held back by the restrictions that remain in place. A 40-year-old friend, who already has a son, was eager to have another child while her biological clock still allowed — but the family planning department rejected her application for a birth permit because neither she nor her husband is a single child.

If it’s been clear for some time that China needs more children, why haven’t the authorities fully scrapped the one-child policy? It’s quite simple: control. The one-child policy has always been one of the Communist Party’s most powerful means of dominating the people. The 500,000-strong National Health and Family Planning Commission — flush with cash from fining violators of the one-child policy — will not let go of control easily.

With the 2013 adjustments to the one-child policy, the government mentality remains the same. A woman’s reproduction and family are part of the government’s “new planning” because officials do not believe that women are capable of making responsible choices. Even though the new data shows that a baby boom is unlikely, and indeed that many Chinese couples don’t want many more babies, officialdom still wants to control our bodies.

Recent headlines in the Chinese press suggesting the possibility of a two-child policy confirms that the government still doesn’t get it. Having and raising children are basic freedoms to which all citizens should be entitled. They should not be arbitrarily denied or diminished, nor should they be manipulated in the name of a country or group.

Regardless of whether birth-control laws prohibit or encourage procreation, if such laws are based simply on the whims of a dictator or on statistics, they are bound to run into problems. We may not want to have more children, but we should have the right to do so, if we please.

Controlling the population is not a solution to the country’s demographic imbalances. The government should not regulate birth, period.

Education is a means to broaden a girl’s perspective, to give her confidence, to help her appreciate her creativity and quality of life, and to make her realize the importance of dignity and social responsibility. This is what an effective population-control policy looks like.

Back in the 1970s, my friends and I, like most women around the world, were more than capable of making decisions about our bodies and our families. It’s time to restore that right to all Chinese women.

Dai Qing is a Beijing-based investigative journalist. This article was translated by Petula Parris from the Chinese.

See here for more articles about or written by Dai Qing