Probe International in the News

By Didi Kirsten Tatlow for Sinosphere, the China blog of The New York Times, published on April 28, 2015

The Beijing Public Security Bureau has recommended that prosecutors indict Guo Yushan and He Zhengjun, two leading members of an independent economics and education think tank, on charges of “illegal business activity,” according to lawyers and a copy of the police document.

Mr. Guo, 37, is a co-founder of the Transition Institute of Social and Economic Research, which was established in 2007 and was shut by the authorities in 2013. Mr. He, 33, was its manager.

Both were detained last year and formally arrested in January, part of a crackdown on civil society groups that have addressed official corruption, economic reform, democracy and feminism.

The police recommendation was received by prosecutors on April 15, according to a stamp on the document.

Although Mr. Guo was initially detained on suspicion of “picking quarrels and stirring up trouble” — a charge akin to “disorderly conduct” — the police document shows that the recommended charge has been changed to illegal business activity.

This commercial crime is often described by Chinese legal scholars as a catchall, and the charge is being applied with increasing frequency against civil society and free speech advocates. It carries a maximum five-year prison sentence.

In their recommendation, the police accused Mr. Guo and Mr. He of illegally publishing more than 19,000 copies of books and other printed documents from 2007 to 2014. It named several overseas groups it said financed this activity, “including the German Bo’er and Nuoman foundations, Americas’ CIPE, Canada’s PI, and other overseas foundations, non-governmental organizations and the United States Embassy.” 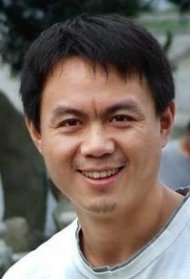 It was not immediately clear what these groups were, but “Bo’er,” as written by the police, is a homonym for the Chinese name for the Heinrich Böll Stiftung, a foundation affiliated to Germany’s Green party. “Nuoman” is Chinese for the Friedrich Naumann Stiftung, a liberal political foundation related to Germany’s Free Democratic Party. “CIPE” might stand for the Washington-based Center for International Private Enterprise. “Canada’s PI” appeared to be Probe International. Contacted by telephone or email on Tuesday, the organizations did not immediately respond to requests for comment.

Publishers in China must obtain a “publication number” from the state, a system aimed at controlling speech that in practice is widely circumvented.

China has subjected domestic groups that receive funding from overseas foundations to increasing pressure in recent years, apparently fearing they could contribute to a potential “color revolution.” A draft law is before the national legislature that would regulate the operations for foreign NGOs, allowing them to open offices in China only with the permission of the State Council, China’s cabinet.

Mr. Guo’s lawyer, Li Jin, said she had only just received details from the police and could not yet comment. But she said prosecutors now have up to a month and a half to decide whether to adopt the police’s recommendation.

Monday, June 1: Li Jin, one of two lawyers representing detained Transition Institute (TI) founder, Guo Yushan, said the People’s Procuratorate of Haidian District (which took over the TI case from the First Branch of Beijing Municipal People’s Procuratorate on April 15) returned the case against Guo Yushan, and TI administrative director He Zhengjung, to the police authorities for further investigation on May 30.

Therefore, the decision whether or not to indict Guo Yushan and He Zhengjung could take five more months in total if the Procuratorate deems the maximum number of reviews permitted by law are necessary.

For background reading on China’s crackdown on NGOs, both domestic and foreign, see: China set to step up control over NGOs by China Digital Times, published March 12, 2015.

A letter to my husband Guo Yushan

A letter to my husband Guo Yushan: II

A letter to my husband Guo Yushan: III

In China, to destroy lives is legal, but to save them is not

The plight of China’s rights lawyers

In China, Civic Groups’ Freedom, and Followers, Are Vanishing

Yang Zili and the paranoid regime

In China, Civic Groups’ Freedom, and Followers, Are Vanishing

The Risks of Expanding Repression in China

China makes a mockery of the rule of law