Declaring “war on pollution” is just the first step, writes Elizabeth Economy in this terrific piece for ChinaFile on the need for Beijing to invest more in the fundamentals of environmental protection: the enforcement of regulations and the necessary human and financial resources to those on the front-line of clawing back blue skies and clean water for China.

By Elizabeth Economy for China File, published on January 21, 2015

Elizabeth Economy is the C.V. Starr Senior Fellow and Director for Asia studies at the Council on Foreign Relations (CFR) 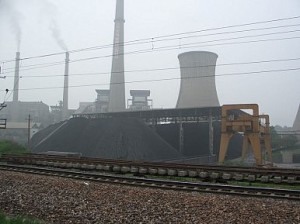 Everywhere you look in China, progress in protecting the environment is evident. China rang in 2015 by adopting a new, stronger environmental protection law. The leadership has issued tough new targets for regional coal consumption and air quality. Chart-topping levels of investment in clean energy continue despite plummeting oil prices. And courts are levying significant fines on polluting enterprises to help force improved practices. Yet all of this effort will come to naught if the continued mismatch between the leaders’ ambitions and the capacity of local officials to realize that ambition is not addressed. While there are a number of reasons for weak implementation of central laws and directives—corruption, lack of interest, and misaligned incentives among them—at heart Beijing demands too much and invests too little in the fundamentals of environmental protection.  Local officials are ill-equipped to meet the ever-growing list of environmental challenges central officials set before them.

Examples of poor implementation of environmental regulations abound. Caixin recently reported, for example, that Henan, Hubei, and Shaanxi provinces failed to complete 90 percent of the 474 pollution prevention projects planned along the middle route of the South-North water transfer canal from Danjiangkou Reservoir, in the central province of Hubei, to Tianjin and Beijing. The former director of the Yangtze River Water Resource Protection Bureau says not to worry—he rates the water class two (clean). Yet his rating system excludes nitrogen which, if included, would render the water class four (unfit for direct contact with people). The result is that billions of dollars are being spent to transport polluted water from one location to another.

Beijing’s large-scale effort to establish a regional emissions monitoring center that will include Beijing, Tianjin, Hebei, Shandong, Shanxi, and Inner Mongolia is also already raising concerns outside Beijing. The head of Hebei’s Environmental Protection Bureau noted that its team for exhaust emission monitoring has fewer than 50 members, while Beijing alone has 700. The cross-cutting lines of responsibility also mean that monitoring and levying fines belong to different bureaus; local officials are calling for more guidance and more money.

In some cases, localities resort to desperate measures to fulfill Beijing’s environmental targets, while doing nothing to address the real problem at hand. According to a World Bank study, in attempting to meet Beijing’s energy intensity targets, one county in Hebei province resorted to shutting off the electricity to entire villages; and one hospital was forced to close every four days. As the report further notes, a number of enterprises switched to diesel-operated generators in order to continue operating in the face of electricity rationing, making the pollution problem even worse.