(July 30, 2014) Ukraine’s national news agency, Ukrinform, asked Probe International’s Patricia Adams to weigh in on Ukraine’s multibillion-dollar debt to Russia and whether Ukraine could challenge the enforceability of the US$3 billion Eurobond using an odious debts argument. 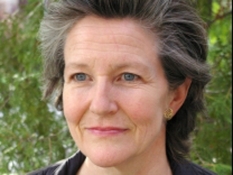 Regardless of the definitions of which ‘anti-terrorist operation” is most common, in reality Ukraine is waging war with Russia. At the same time, Ukraine honours its debt commitments to Russia, the latest of which was the June payment of USD 73 mln interest payment on USD 3 bln borrowed by Yanukovych’s doomed regime in December 2013.

Money is fungible, economists like to say. That means that, both theoretically and in practice, those funds paid by Ukrainians can be used to supply arms and send mercenaries into Ukraine’s territory, which kill Ukrainians.

Moreover, the notorious USD 3 bln handout from the Kremlin to Yanukovych’s regime last December evoked many questions. How was it used? Did the National Bank of Ukraine burn it out, thereby reinforcing the image of Ukraine’s crippled national currency, all the while channelling the foreign currency into the pockets of members of the regime? Was it a deliberate shenanigan in which not a kopeck from the funds borrowed was used to pay Naftogaz debts to Gazprom? Inter alia, that was one of the supposed uses of the funds. Now Naftogaz’s accumulated payables to Gazprom are on the Stockholm arbitrage docket.

Thus the key question is whether this USD bln borrowing was a valid debt placement. Was it used for the benefit of the Ukrainian people or rather to enrich the outgoing corrupt government? These considerations evoke the international notion of Odious Debt, the debt incurred by despotic rulers against the interest of the nation. To clarify this issue and to position it within the wide international perspective, Ukrinform appealed to Patricia Adams, the renowned expert in this area. She is the Executive Director of Probe International located in Toronto, Canada. Ms. Adams is the acclaimed author of Odious Debts: Loose Lending, Corruption and the Third World’s Environmental Legacy, the bestseller which continues to serve as a primer to advocates of transparent public finance and accountable governance.

Q.: Ms. Adams, How would you define the concept of the odious debt both with historic hindsight and in the contemporary prospective? Has there been any learning curve in applying this concept in practice? Could you quote the most famous examples of borrowers resorting to the odious debt concept – successfully and less so?

In 1927, Alexander Nahum Sack, a lawyer in Tsarist Russia, adviser to the Provisional Government in 1917 and, after the Russian Revolution, a professor of law in Paris, Chicago and New York wrote two major legal works on the treatment of state debts. He supported the conventional wisdom that the liability for public debts represented obligations of the state — the state being the territory, rather than a specific governmental structure. But there was one exception, he said: A debt not created in the interest of the state should be deemed dettes odieuses. It “is not an obligation for the nation; it is a regime’s debt, a personal debt of the power that has incurred it, consequently it falls with the fall of this power.”

His remedy became known as the Doctrine of Odious Debts. In recent decades, citizens groups began to apply this doctrine following the publication of my 1991 book, Odious Debts, which applied Sack’s thinking to modern problems.

For instance, with the imminent invasion of Iraq in 2003, my organization called for odious debt investigations of Iraq’s debts. This was followed by statements from U.S. officials, including the Deputy Secretary of Defence, Paul Wolfowitz, that Iraqi citizens should not be held responsible for loans to Saddam Hussein that were used to buy weapons, and build palaces and instruments of repression. Alarmed by what culpability might come to light and what precedents might be set, Iraq’s major creditors − governments, especially the Western industrialized countries − mobilized quickly to end such discussions by offering the most generous debt write-off in modern history – 80% cancellation of Iraq’s debts by the Paris Club of creditors.

Of special interest to Ukraine, in the Paris Club negotiations several countries, including Germany, France, and Russia, initially refused to consider debt forgiveness. President Putin told the New York Times, “We pay old Soviet Union debts, though it is not clear why we have to. I would never have agreed to it, but the previous leadership agreed, made that decision and we fulfill these stupid obligations to pay for all the former republics of the Soviet Union…. Russia is not a rich country,” whereas Iraq “is capable of paying its debts.”

There are many and much jurisprudence to support the Doctrine of Odious Debts. The major cases include:

·       The 14th Amendment to the U.S Constitution which repudiated the debts that the Confederate States incurred in an attempt to form a new regime;

·       The Spanish-American War in 1898, following which the United States employed the principles of the doctrine in repudiating Cuba’s Spanish debts, saying they were “imposed upon the people of Cuba without their consent and by force of arms”;

·       The Versailles Treaty of 1919 applied the principles of the doctrine of odious debts. The Reparation Commission refused to apportion debts to the newly liberated Poland that had been incurred by the German and Prussian governments to colonize Poland;

·       These principles also were applied in an important case involving 1919 loan payments by the Royal Bank of Canada, a Canadian commercial bank, to the outgoing dictator of Costa Rica. The new Costa Rican government successfully challenged the debt before U.S. Supreme Court Chief Justice Taft who, taking leave of his Supreme Court duties, sat as arbitrator.

Q.: Ukraine’s previous regime borrowed US$3 billion from Russia last December, the country which jeopardizes Ukraine’s sovereignty and annexes its borrower’s territory in the form of Crimea. Under these dire circumstances, could this loan be qualified as the odious debt?

A.: There are many legal arguments the Ukrainian Government could use to challenge the enforceability of the US$3 billion Eurobond. But, ultimately, those legal arguments must be substantiated with evidence that the funds, or a portion of them, were not used in the interest of the state. There are, no doubt, many red flags to suggest that the funds have not been used in the interest of Ukraine, all of which would warrant an odious debts investigation. They include:

·       If a despotic power incurred the debt to strengthen its despotic regime, to repress the population that fights against it;

·       If all, or a portion, of the debt was used for manifestly personal purposes, i.e. for corrupt purposes;

·       If the lender (Russia) knew that the funds would not be used in the national interest;

·       If these debts were incurred by the debtor government to finance hostilities against a domestic force that eventually succeeded in overthrowing the contracting government and could therefore be considered “war debts”;

·       If the debts could be deemed “hostile debts” i.e. in the sense that the Spanish debts were used to suppress the Cuban peoples’ struggle for freedom and were therefore “hostile” to their interests;

Regardless of the origin of borrowed funds (Russian or otherwise), a strong case can be made that breakaway Crimea should assume the portion of Ukraine’s outstanding debts that benefited it. This relies on the convention that state debts are attached to the territory. But, this argument is especially strong in the case of the $3 billion Eurobond bought by the Russian government of Vladimir Putin from the Ukrainian government of Viktor Yanukovych when Ukraine’s territory included Crimea, but which has now been annexed by Russia. This case may be even stronger still given that a provision in the contract allows Russia to call the bond in immediately if the Ukrainian state debt exceeds 60% of the country’s GDP, something that is much likelier after Russia’s annexation of Crimea. Russia must accept responsibility for participating in events that could benefit it. The same principle would apply to any future annexations.

In international debt disputes, I have always argued against debt forgiveness, which is arbitrary and akin to charity, in favour of transparent arbitration, which establishes rights and responsibilities. I have also argued against unilateral declarations by sovereigns that their country’s debts are odious and against unilateral repudiations. Odiousness must be established through a transparent arbitral process, so that all parties are treated justly, and so that future creditors and lenders understand the risks in illegitimate loans.

For this reason, I believe Georgetown University professor of law Anna Gelpern is premature in her dismissal of Ukraine’s obligation to pay the $3 billion bond. She is correct to say “Under the Odious Debt theory, Ukraine has no obligation to repay money borrowed by a despotic government that was not used in the interest of the Ukrainian people when the creditors knew the debt was tainted.” But how can she know that the funds were not used in the interest of the Ukrainian people without an investigation of the money trail? She goes on to propose that the “United Kingdom should make the bonds unenforceable under English law.”

This is an ad hoc strategy. Asking the government of one of the world’s major financial centers – London – to change the law governing bonds, rather than uphold the law for the benefit of all parties to seek redress for their disputes, seems destined for failure.

Q.: Nevertheless, on June 19 Ukraine paid USD 73 mln in interest on this liability thus effectively recognizing its validity. These USD 73 mln figuratively could be further used to purchase weaponry against Ukrainian soldiers. However, the country opted for observing its international commitments, though sometimes highly questionable, rather than allow itself the moral satisfaction of contesting this debt. In your opinion, is this a justified decision? When should moral sentiments supersede legal constrains?

A.: Government’s honour their suspected odious debts for many reasons: they get fresh loans to cover payments on old debts, forestalling odious debts investigations; they don’t want to compromise future borrowing, or future opportunities for their own malfeasance; or they don’t want to expose guilty parties who remain in their government. They may be threatened by international lenders with a lenders’ boycott. They may want to establish confidence that their government will honour claims against them, even if those claims lack legal authority. And, finally, they may believe that odious debts arbitration would seriously delay their return to sovereign capital markets. (I doubt the latter and think that following the rule of law by pursuing odious debt arbitration would give capital markets confidence in a country’s future.)

I do not know why the Ukrainian government chose to honour its $3 billion debt to Russia with its first interest payment of US$73 million. Ukraine already occupies the moral high ground with respect to Russia and its $3 billion bond. Failing to honour the claim, without first establishing its odiousness and unenforceability, would only compromise that position. Better to appeal to the law of the U.K. and pursue odious debt arbitration under which both sides select an arbitrator or panel and submit their claims. If the funds were used in the interest of Ukraine, then the country has no complaint; if they were not, then the bond is unenforceable. Either way, justice is served and Ukraine establishes a reputation as a country ruled by laws, not simply moral outrage, however justified.