(September 1, 2012) The staggering costs of China’s Three Gorges Dam—the displacement of 1.7 million and counting, and a price tag six-times the original estimate—are well known. But the enormous project’s complicated operational demands are largely unknown, and they promise to get more vexing as more dams are built upstream. Power magazine looks at the complexities of delivering power from such large-scale hydropower plants trans-region, trans-province, and trans-basin and the pressing need for peak regulation, frequency regulation, and emergency reserves for hydropower plants.

By Sonal Patel, published by Power magazine on Sept. 1

China in early July installed the 32nd and final turbine of its mammoth Three Gorges Dam, virtually completing the controversial 1994-initiated hydropower project on the middle reaches of the Yangtze River. All that remains is a ship lift, which should be completed by 2015, authorities say.

The world’s biggest power project, the 22.5-GW dam accounts for nearly 10% of China’s total installed hydro capacity of 230 GW, and it figures prominently in Beijing’s future ambitions to retain hydropower’s 20% share in China’s overall generation mix as it vies with its neighbors for coal imports and grapples with pressure to tamp down carbon emissions.

The government has lauded the project as a symbol of China’s economic and technological progress, saying it had helped alleviate flooding, improve navigation, and generate electricity. But in a rare admission, the country’s top government body, the State Council, last year conceded that the project was also riddled with “urgent problems” such as “stabilizing and improving living conditions” for the more than 1.3 million people that it has relocated, “protecting the environment, and preventing geological disasters.”

The project was first championed by China’s revolutionary leader Mao Zedong in the 1950s and approved in 1992, withstanding abstentions by a third of the normally compliant National People’s Congress. Construction of the 101-meter-high dam—which is 2,309 meters long and has a reservoir length of 660 kilometers—submerged 13 cities, 140 towns, and 1,350 villages in the densely populated and fertile Yangtze Valley.

The first generating unit was connected to the grid in 2003, the dam body was completed in 2006, and the final turbine installed in early July. Of the 32 main generators, 14 are installed in the north side of the dam, 12 in the south side, and the remaining six in an underground power plant in the mountain south of the dam. Annual generation is expected to be more than 100 TWh (Figure 1). The dam is managed by China Yangtze Power, a listed subsidiary of the state-owned China Three Gorges Corp. (CTGC). 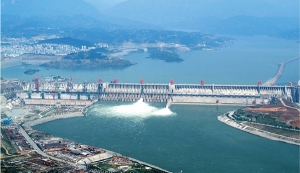 Figure 1: The ‘great wall of China’. The controversial Three Gorges Dam, the world’s largest capacity hydroelectric power station, was completed and fully functional this July. The $50 billion project has 34 generators: 32 main generators, each with a capacity of 700 MW, and two plant power generators, each with capacity of 50 MW, bringing its total capacity to a stunning 22.5 GW. The project uses Francis turbines. Courtesy: China Three Gorges Project Corp.

Despite its problems, the project has yielded several technical innovations. For example, Alstom, the French company that supplied several 700-MW turbines and was responsible for supplying two 700-MW vertical Francis turbines for the underground power station, says it produced for the project one of the largest Francis turbines ever made, each runner with a diameter of 10 meters and weighing 450 metric tons (Figure 2).

The project also required that Chinese grid authorities implement an unprecedented power network expansion. Power from the dam (which to date totals 564.8 billion kWh) is consumed by nine provinces and two cities and is transmitted by multiple 500-kV lines. These include three direct current lines to eastern China, carrying 7,200 MW, and an alternating current line to the Central China Grid with a capacity of 12,000 MW.

Figure 2: Generating new turbines. Alstom, which supplied 14 turbines, each 700 MW, to the China Three Gorges Project Corp. (CTGC), says it produced one of the largest Francis turbines ever made for the massive Three Gorges Project. The company is supplying four similar 812-MW Francis turbines (shown here) to CTGC’s 6.4-GW Xiangjiaba Dam, which is under construction on the Jinsha River. The runner weighs 406 metric tons and has a diameter of 10.5 meters. Courtesy: Alstom

Beijing, meanwhile, is committed to bringing another 140 GW of hydropower capacity online between now and 2015 to meet its renewable energy targets and soaring demand. It has fast-tracked several projects, including what could be its second-largest hydroelectric project, the 13.8-GW Xiluodu Dam, and the third-largest, the 6.4-MW Xiangjiaba Dam. Both are under construction on the Jinsha River.

However, experts have said that China’s reliance on large-scale hydropower plants—which typically are concentrated in economically underdeveloped southwestern China and whose electricity must be transported to the industry-heavy eastern part of the country—depends upon how well the country manages several challenges. Foremost among them is multilevel coordination for transmission of power from these massive plants trans-region, trans-province, and trans-basin.

China may have embarked on construction of several ultrahigh-voltage nationwide power networks, but large-scale hydropower plants will impose a more pressing need for peak regulation, frequency regulation, and emergency reserve of hydropower plants, noted Chun-Tian Cheng, an expert from China’s Dalian University of Technology Institute of Hydropower Systems and Hydroinformatics. Issues include managing electricity transmission to different provincial power grids from plants located upstream and downstream of the same river, as well as by a single hydropower plant to several provincial power girds.

Then there are growing operational constraints. “The ever-expansion of hydropower systems render hydraulic and electricity connections amongst plants and cascaded systems more complicated,” Cheng and co-authors from Dalian and Hong Kong Polytechnic University claim in a recent journal article. “The engineering practical needs impose a more complicated and difficult solution to the refinement demands of the optimal operation.”

Challenges for energy reliability could also mount as extreme climate affects hydropower-producing regions. In 2008, for example, the southern provinces (where more than 70% of the country’s hydropower resources could be located after 2020) were stricken by a debilitating drought.

Sonal Patel is a senior writer at Power magazine.

The original version of this article is available here.