Huang Wanli’s predictions for the Three Gorges come to pass

(June 12, 2010) Huang Wanli, renowned hydraulics engineer and Tsinghua University lecturer, first voiced his opposition to the large-scale damming of rivers by opposing the construction of the Sanmenxia dam in 1957. In the 1980s he became a vocal opponent of the Three Gorges project and contributed to Yangtze! Yangtze!, the important critique of the dam compiled by China’s celebrated investigative journalist, Dai Qing. Now, as the Three Gorges dam is beset by monumental operational problems, Huang Wanli’s prescient analysis helps explain why it was a mistake to build the biggest dam in the world. Read his 1993 interview with Dai Qing. 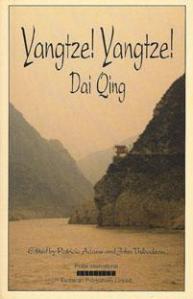 What price the Three Gorges Project?

A tale of two scientists