Oil-rich Nigeria is ready to implode. There’s one way to stop it

This article, by Lawrence Solomon, first appeared in the National Post 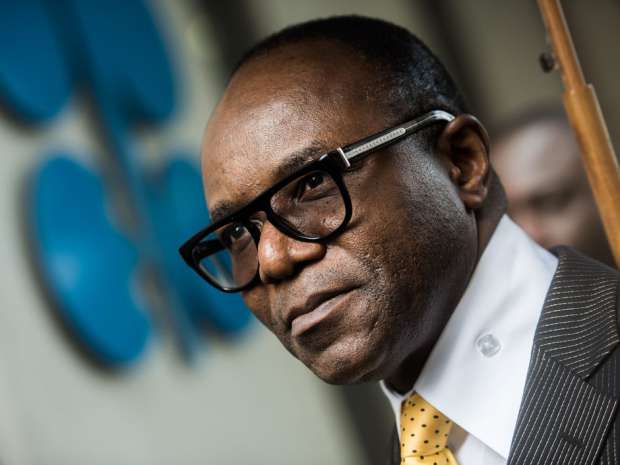 Nigeria, Africa’s most populous country with 180 million people, and its largest economy with a US$1.1 trillion GDP, is imploding. Insurrections by Boko Haram and others; sectarian butchery where the country’s Muslim north meets its Christian south; corruption so rampant it ranks as the country’s second-largest industry; and plummeting oil production — they’re all making the country ungovernable.

This resource-rich former British colony — until recently Africa’s largest oil exporter — is now racking up deficits, and negotiating multi-billion dollar bailouts through agencies such as the World Bank.

But bailouts from rich countries won’t cure Nigeria’s dysfunctions. This immense country is artificial, a forced union of three major and hundreds of minor ethnic groups speaking different languages, observing different legal codes and loyal to different tribal groups. Nigeria’s cure will start when the ahistorical boundary cavalierly drawn on a map by Britain’s colonial masters dissolves. The more coherent constituent nations to emerge — composed largely of the Igbo in the southeast, the Yoruba in the southwest and the Hausa and Fulani in the north — would be less burdened by the many rivalries that now hobble the central government, and better positioned to govern themselves.

A first attempt at that necessary dissolution occurred in 1967, seven years after Britain gave Nigeria its independence, when the Igbo and related tribes of its oil-producing southeast broke away to form the Republic of Biafra. This nascent black African Christian republic, with a population of 14 million in an area larger than Ireland, was soon officially recognized by other black nations in Africa as well as Haiti in North America, and was unofficially supported by France, Spain, Norway, Israel and other Western nations, along with the Vatican and various Catholic organizations such as U.S. Catholic Relief Services. Biafrans, who had a culture of village democracy, tended to be skilled, entrepreneurial, relatively prosperous and relatively literate. The Republic of Biafra had the international legitimacy, the human capital and the resource wealth to be viable.

But the support that came from its sympathizers was almost entirely moral, forcing Biafra and its initial 3,000-man army to manufacture most of its own arms in a civil war against the Nigerian army, which was armed by the United Kingdom and the Soviet Union. Some two to three million perished in the two-and-a-half years that Biafrans held out against their better armed, more numerous enemy, before surrendering and reintegrating into Nigeria.

Nigeria since the Biafran War saw waves of military coups and repression. It stayed intact only because its oil revenues enabled the central government to finance its military and to buy off rebel insurgents. With oil revenues down, the central government reduced the payouts to tens of thousands of militants by 70 per cent, leading to widespread upset. In recent weeks, a new pro-Biafran militant group demanding sovereignty, the Niger Delta Avengers (NDA), has attacked the country’s oil infrastructure, almost halving Nigeria’s oil production to 1.4 million barrels a day. “Our goal is to cripple Nigeria’s economy,” NDA vowed. So far it has succeeded in blowing up two Chevron export terminals and an underwater pipeline that forced Royal Dutch Shell to shut a terminal handling 250,000 barrels of oil a day.

The Nigerian military not only needs to contain popular unrest in the Biafra region — the local press reports 53 killed in a “Biafra bloodbath” on Monday during a march commemorating the anniversary of Biafran independence — it also needs to contend with Boko Haram, which aims to establish a caliphate in the Muslim north-east. But Nigerian forces are dispirited and ineffectual, short of ammunition, poorly trained and poorly paid.

Even if World Bank financing comes through, the loans won’t do much for an economy in shambles. The national currency has depreciated 70 per cent in the last year, leading to high inflation; government workers in 26 of the country’s 36 states haven’t received their monthly salary for months; and severe gasoline shortages led the government to end price controls, causing a 67 per cent hike in prices at the pump.

Nigeria doesn’t need cash; it needs good governance, which is likelier to occur if the Igbo rule themselves in the southeast, the Yoruba in the southwest and the Hausa and Fulani in the north. The West blew it a half-century ago when the Igbos attempted to achieve self-determination by establishing the Republic of Biafra. We may soon see a reprise of that civil war. How the West responds will determine whether the nation states within Nigeria achieve self-determination, or whether Nigeria, like Libya and Somalia, becomes another failed state.