After Mozambique’s spending, the reckoning

The Africa Report looks at Mozambique’s economic crisis — a crisis that has still to reach its peak.

Once feted by bankers as the fastest turnaround of a post-conflict country since Vietnam, Mozambique now finds itself at the struggling end of a commodity and credit boom made more painful by reckless spending and borrowing under the free-spending Armando Guebuza administration, writes Douglas Mason for The Africa Report. Mason looks at Guebuza’s state spending on prestige projects, noting: “Most contracts were untendered and sole-sourced. The government often did not disclose its terms, and in some cases there are questions about inflated prices. These deals were often taken on as sovereign debt and involved commercial rather than concessional financial terms, contrary to undertakings made for debt relief through the previous international debt-relief programme.” According to Manuel de Araújo, mayor of Quelimane (the administrative capital of Mozambique’s second most-populous province), Guebuza was more interested in the political symbolism of projects and careless about costs. “The interests of the ruling party were elevated over the state, and so the party was strengthened and the state weakened. Public investment projects had to be useful to the party elite. We have so many big projects now because these are the easiest way to distribute benefits,” he says. 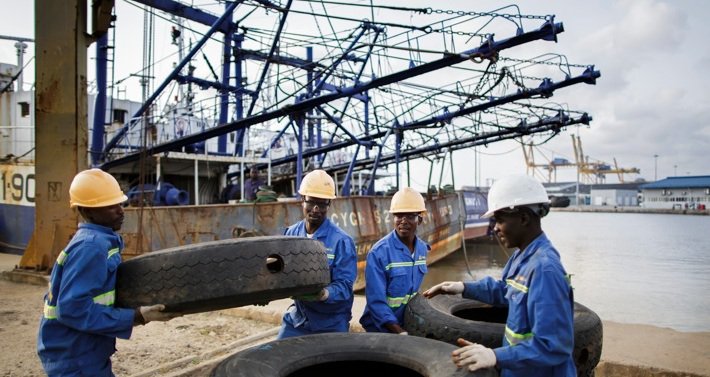 By Douglas Mason, published by The Africa Report on February 16, 2016

President Nyusi has inherited a poisoned chalice: he now has to cut spending, deal with the IMF and manage an elite grown fat through patronage politics.

In March, Mozambique will have to repay another $100m tranche of an opaque and roundly criticised bond deal. The money could have been used to build four hospitals. Instead, it will repay a wildly overinflated contract for tuna-fishing boats. In the words of the country’s former prime minister Luísa Diogo: “Something has gone wrong.”

Back in 2007, Mozambique was feted in ballrooms and boardrooms. Bankers pointed to stellar growth rates and the sound macroeconomic management that had led the fastest turnaround of a post-conflict country since Vietnam. Former president Joaquim Chissano won the inaugural Mo Ibrahim Prize for good governance that year.

Today, it seems like a rerun of Africa in the 1980s: rising debt, a pile-up of white elephant projects, murky finances and a balance-of-payments crunch requiring an International Monetary Fund (IMF) bailout.

Mozambique is not the only African country experiencing economic turbulence at the end of a commodity and credit boom, but the impact is more painful than in most after a decade of reckless spending and borrowing. Fixing the problem will mean tackling the corruption that underpins some of that recklessness.

That leaves President Filipe Nyusi on the horns on a dilemma. If he fails to act against the shady elements of his predecessor’s regime – that of the free-spending Armando Guebuza – his credibility will be undermined. Push too hard, and he risks revolt or worse from the powerful former single party, the Frente de Libertação de Moçambique (Frelimo).

Under Guebuza, president from 2004 to 2014, and finance minister Manuel Chang, the way in which Mozambique managed its finances changed fundamentally. State spending increased in the double digits almost each year, foreign aid declined and the government took on deficit financing.

Continue reading the original article at the publisher’s website here