This article, by Patricia Adams, first appeared in the National Post on December 10, 2015

Instead of being convicted of criminal wrongdoing and being barred from competing for government contracts for five to 10 years, long enough to put many firms out of business, a plea bargain of sorts takes place. The corrupt company acknowledges the wrongdoing, pays a penalty for past transgressions and promises not to transgress again; otherwise the prosecution doesn’t stay deferred. 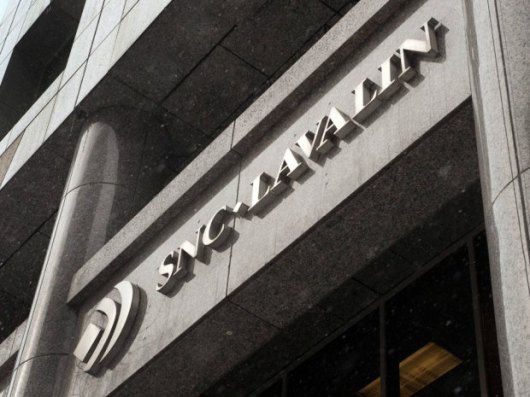 SNC Lavalin and two of its subsidiaries are facing fraud and corruption charges laid by the RCMP.

As an example of how a DPA would work, consider SNC-Lavalin, a company of 40,000 employees whose former CEO and other senior officials stand charged with various crimes from fraud to bribery of foreign officials, and which itself is charged by the RCMP National Division of one count of corruption and one count of fraud. Under the Integrity Regime introduced by the Harper government, if convicted, SNC-Lavalin would be barred from government contracts.

According to the company, which says most of its Canadian contracts are with the government, a conviction could force it to shut down. Where is the logic in sinking this engineering giant, squandering the expertise it had built up over decades and in the process also taking down its 40,000 employees, the vast majority of whom were innocent of any wrongdoing?

With DPAs, a technique growing in use in the U.S., recently adopted in the UK and proposed in these pages for Canada, the human capital of an SNC-Lavalin would remain intact, apart from being expunged of those who dispensed bribes, or winked at the wrongdoing. After paying a negotiated penalty — two to four times its ill-gotten gains is a sum often mooted — and putting in place procedures to prevent repeat wrongdoings, a chastened SNC-Lavalin would be free to compete, the 40,000 workers wouldn’t be on the street.

What’s not to like about this arrangement? Lots. For starters, DPAs represent a quasi-takeover of a company’s executive functions. DPA agreements typically include the appointment of government-approved monitors, housed at the company and reporting to the prosecutor on the company’s compliance with the terms of the agreement. These monitors — usually former prosecutors, regulators, or retired judges — typically have little or no industry expertise, have no profit incentive and no duties to shareholders. The prosecutors can then wield enormous power, able to “force companies and even entire industries to change their business models or operations,” according to Prosecutors in the Boardroom, a book published by New York University’s Center on the Administration of Criminal Law.

A company that rejects a monitor’s suggestions runs the risk of failing to comply with the terms of its DPA. A monitor’s suggestions can run the gamut from firing the CEO (as happened with Bristol-Myers Squibb) to retaining professionals at company expense to requiring access to governance decisions. Once installed “information flows directly through them to the government because no privileges apply to their consultations with the corporation,” explains Lisa Kern Griffin, Professor of Law at Duke Law School, who describes DPAs as a far-reaching mechanism for “regulation by prosecutors.” These “monitors act as the eyes and ears of prosecutors … increasingly, they are the voice of the government as well.”

From the government’s point of view, the powers inherent in DPAs allow the government to do much good. “We are able to impose reforms, impose compliance controls, and impose all sorts of behavioural change that a court would never be able to impose following even a conviction at trial,” says U.S. Assistant Attorney General Leslie Caldwell.

From the point of view of legal experts, DPAs have potential to do much harm. Through DPAs, government regulators such as the Department of Justice or the Securities and Exchange Commission also “occupy the position of prosecutor, judge and jury all at the same time,” states Mike Koehler, assistant professor at Southern Illinois University School of Law and creator of FCPA Professor, an award-winning blog about the Foreign Corrupt Practices Act.

Koehler sees DPAs as eroding the rule of law, which is serious enough, while also failing to deliver promised benefits — he notes an absence of data showing DPAs deter corporate crimes.

DPA’s may, to the contrary, encourage crime by reducing the threat of incarceration. As DPAs have risen, prosecutions have declined. “For most of the FCPA’s history — 1977 to 2004 — 85 per cent of corporate enforcement actions resulted in individual prosecutions,” Koehler explained. Since 2004, when DPAs came in, the numbers have flipped: “80 per cent of corporate enforcement actions have not resulted in any individual prosecutions of company employees.” The bottom line: when mechanisms such as DPAs are used “there is a 91 per cent chance — extremely high — that no individual is going to be prosecuted.”

Because the risk of individual prosecution has greatly diminished, DPAs have made the consequences of criminality a financial penalty — a cost of doing business. A CEO or other high official no longer needs to fear jail time when taking a risk on, say, bribing a foreign official to obtain a contract — the risk of financial penalty becomes a business decision that must be weighed against the risk of losing a lucrative contract. Not surprisingly, with deterrence diminished, companies that have entered into DPAs are re-offending, especially when companies know that they have friends in high political offices. “It’s quite clear in looking at the resolution documents and the sentencing memos that this is in part political,” Koehler concludes from his analyses.

What is the alternative to DPAs? The rule of law, as it has functioned through the centuries. Disgorge the company of its ill-gotten gains, but don’t punish the company, which as Edward Thurlow, an 18th-century British Lord Chancellor said, has “no soul to be damned, no body to kick.” The company cannot be deterred. Only individuals are able to exercise free will and punishments “are only inflicted for that abuse of free will,” wrote William Blackstone, the preeminent legal scholar.

When members of a board, CEOs or other company employees commit crimes, throw the book at them. Their incarceration will deter future wrongdoing as can no DPA, which acts to protect the guilty — the true perpetrators of the crimes.

When CEOs commit crimes, throw the book at them.

Second in a series. [For part one, see here]

Patricia Adams is an economist and executive director of Probe International.

The Financial Crisis: Why Have No High-Level Executives Been Prosecuted?
Jed S. Rakoff