Walled nations of the world

No country builds walls voluntarily — yet they are making a comeback for the same reasons they have been familiar features of civilized life for centuries.

This article, by Lawrence Solomon, first appeared in the National Post on July 24, 2015 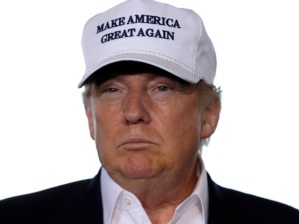 In the United States, Donald Trump and other Republican presidential candidates have thrust a proposed wall along America’s southern border with Mexico to the top of the political agenda. (AP Photo/LM Otero)

At immense expense, including the loss during construction of as many as one million men, China built the first leg of its Great Wall 2200 years ago. Three hundred years later, Rome built Hadrian’s Wall across much of the north of England. Before and after those massive infrastructure undertakings, border walls were features of civilized life throughout the world, their construction and maintenance ubiquitous even in the cities of Europe until a few centuries ago. The walls were generally built for defence but also to control immigration, trade, and crime.

Today, we are seeing a revival of these great infrastructure projects of yore, and for broadly similar reasons. In the United States, Donald Trump and other Republican presidential candidates have thrust a proposed wall along America’s southern border with Mexico to the top of the political agenda. A wall — the Congressional Research Service estimates it could cost $49 billion — is broadly popular with the American public, both to control crime by illegal immigrants and to counter terrorists who would infiltrate into the U.S.

Even the U.K. — an island — relies on fencing to keep migrants out.

But Republicans aren’t alone in perceiving walls as necessary for increased security, and the southern border isn’t America’s only vulnerability. The Obama Administration’s Customs and Border Protection agency, fearing terrorists entering the U.S. from Canada, has proposed “fencing and other barriers” along parts of the Canada-U.S. border “where passage of cross-border violators is difficult to control.” Since 9/11, among other precautionary steps, the U.S. has increased the number of its border patrol agents on its northern border seven-fold.

The modern gold standard in defensive perimeters is Israel, where in the early 2000s suicide bombers and terrorist attacks on civilians killed or wounded thousands. In 2002, the year before Israel began constructing a security fence to thwart terrorists entering Israel from the West Bank, terrorists claimed 457 Israelis lives.

In 2009, with much of the work completed, that toll dropped to 8. Earlier, Israel built a security perimeter around the Gaza Strip that successfully stopped all suicide bombers. Israel has also been working on a wall at its northern border with Lebanon, to stop infiltration by Hezbollah terrorists, and last month it decided on a billion dollar fence along its border with Jordan, to keep out ISIS. When the British ruled Palestine in the 1930s, they too built a wall to keep terrorists from infiltrating from neighbouring Syria and Lebanon.

Because walls and fences are effective at stemming infiltration, these infrastructure projects are popping up everywhere. In the Middle East, Egypt with U.S. help in 2009 began construction of a separation wall along its border with Gaza to prevent weapons smuggling and entry by terrorists, and then last year expanded its security by creating a 500-metre buffer zone along that border.

Saudi Arabia built a 10-foot high concrete wall along its border with Yemen, and has another one in the works — a 600-mile-long barrier dubbed The Great Wall — along its border with Iraq. Kuwait built one with UN approval in 1991 and a decade ago decided to build a bigger, better one. The United Arab Emirates in the last decade also decided on a fence with its neighbour, Oman. Morocco, Turkey and now Tunisia, in the wake of the recent terrorist attack on Western tourists, have also joined the walled nations of the world.

European nations, too, are turning to walls. Earlier this month, the Hungarian parliament voted overwhelmingly to build a 13-foot high, 110-mile long fence along its border with Serbia, chiefly to stop a rush of illegal immigrants, whose numbers, according to the EU’s Frontex, have exploded nine-fold over the previous year. But Hungary is also concerned about explosions of another kind — 95 per cent of the migrants come from Somalia, Afghanistan, Syria, Iraq and other terrorist havens.

Greece has likewise built a fence to deter migrants from Middle East countries entering from neighbouring Turkey. Its fence succeeded in diverting so many migrants that Bulgaria — the country the migrants diverted to — needed to build a fence of its own, and man it with 1000 police officers. Spain, too, has fences around Ceuta and Melilla, its possessions on Africa’s Mediterranean coast.

Even the U.K. — an island — relies on fencing to keep migrants out because of its fixed link through the Chunnel to its port in Coquelle, France, and its ferry port in nearby Calais. Because almost 40,000 migrants in a recent 12-month period tried to hide in the back of cars or break into trucks to smuggle themselves across the English Channel, the U.K. in June announced it would be sending two miles of fence to better restrict access to the two sites.

No country builds wall voluntarily — they are expensive, unsightly and a recognition of failure. The failure, though, rests in the countries producing the migrants, not in the countries that are doing their best to avoid becoming collateral damage of the mayhem emanating from outside their borders.