The true cost of coal in China 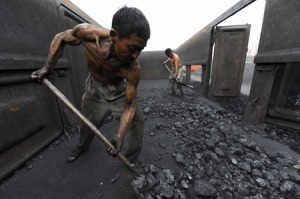 In 2007, every tonne of coal used in China led to environmental damages of RMB 150. Coal provides 70 per cent of China’s energy needs, compared to the global average of 30 per cent. By reforming coal prices, the authors of this study on the true cost of coal in China, say China has a golden opportunity to make a real improvement to the nation’s environment. By incorporating all external costs into the coal price, coal would then be priced at a non-distorted level, they say, which would allow the country’s energy market to develop fairly and competitively.

A reform of coal prices cannot be achieved overnight. This report recommends a roadmap to internalize the environmental and social costs of coal and the additional cost caused by government regulations and price distortion.

To read The True Cost of Coal report in full, see here